In May, I pounded out a record 31 blog posts. June draws to a close and this is only my third post.

In brief, here’s some of the highlights of June. 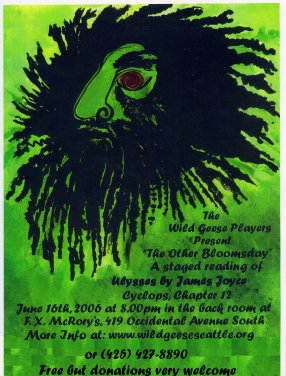 The Wild Geese Players of Seattle read the Cyclops chapter of Ulysses on June 16th. I read a part and I was also the script wrangler and webmaster.

My profile on my Windows XP laptop got corrupted. I decided that I would make flatten it and turn it into a dual-boot system. I’m now on my third week of running Ubuntu 6.06 (Dapper Drake). Quite easy to get going. Not so easy to get everything that I wanted running on it.

In late May at WinHEC, Microsoft announced FlexGo, the new pay-as-you-go and sub­scrip­tion versions of Windows. I spent a year working on this project, specif­i­cal­ly on the hardware locking that underlies the business model. I swear I will write a more in­ter­est­ing post on this soon.

This weekend was Gay Pride, which was held for the first time at the Seattle Center. I helped staff the Freely Speaking Toast­mas­ters booth yesterday morning.

As one of my com­mit­ments when I stepped down as president of BiNet Seattle I made up a new banner, which we marched behind in the Raise Your Voice march yesterday evening. 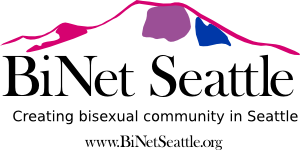 My wood­work­ing class has finished, so my Tuesday nights are free for the summer. I’m making a coffee table. It’s about half finished. I’ve taken a few photos along the way; I’ll have to post some of them.