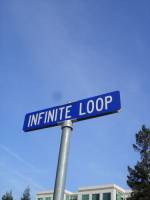 I ran into a problem installing some COM+ components today. The installer was using Regsvcs.exe to register each COM+ component. I noticed after a while that the installer wasn’t making any progress and that my dual-proc system was stuck at 50% CPU uti­liza­tion. I attached a debugger to the offending process, regsvcs, and found that it was stuck in the following infinite loop (dis­as­sem­bly courtesy of Reflector):

There are two severe problems with this code.

(And, yes, I have committed both of these sins in shipping code. Why do you ask?)

I don’t know what the calling code is doing or why CLBVersion isn’t being altered by some other thread or process. I had to use RegEdit to modify this value to get the loop to terminate, whereupon RegSvcs im­me­di­ate­ly did its work and terminated. And then it started all over again, with the next invocation of RegSvcs on another COM+ component. I don’t know if the components are really installed properly. I had to leave at that point.