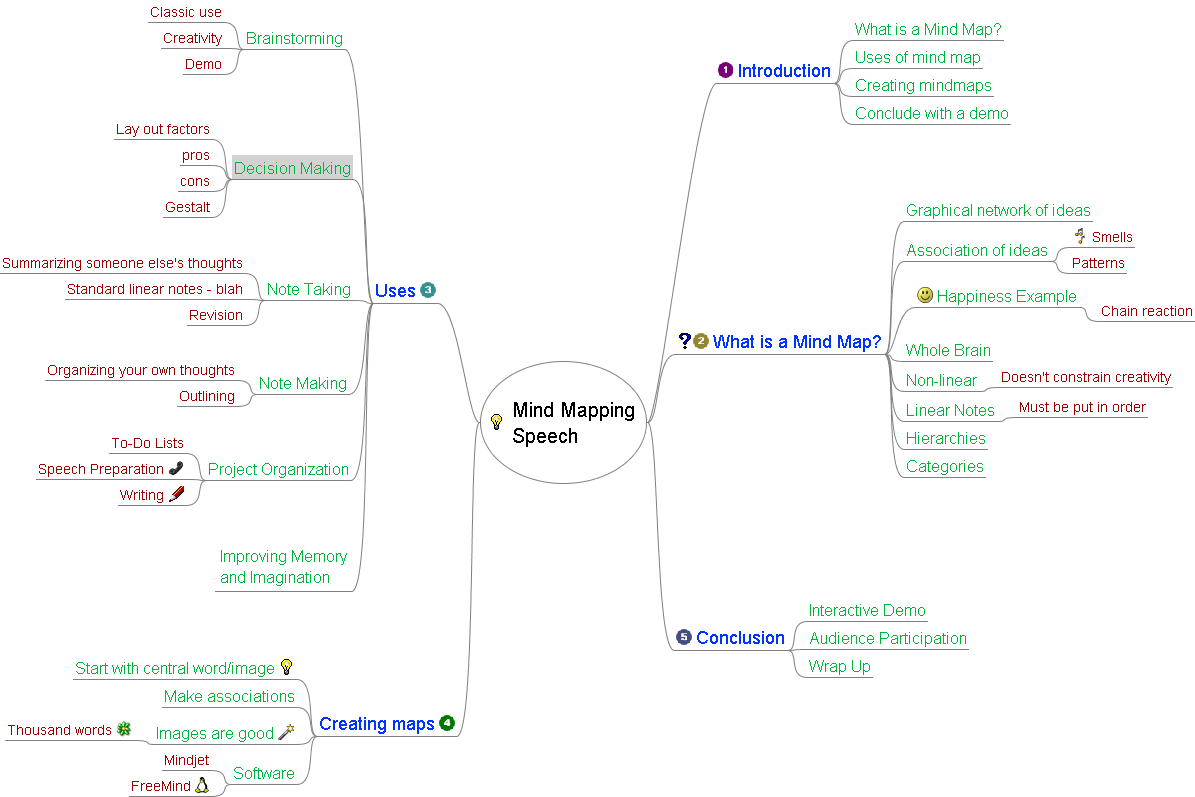 I gave a speech at Freely Speaking Toast­mas­ters this evening, on Mind Mapping. You can see a shrunken version of the mind map for the speech above. Clicking on it will lead to the full-sized image.

I created the mind map with Freemind. Here’s the speech mindmap as a Freemind document.

I thought the speech went quite well. It was speech #8, working with visual aids. I drew a partial version of my speech’s mind map on a white board ahead of time, and drew a couple of mind maps on a flip chart during the speech. The second one was a two-minute brain­storm­ing session on increasing club membership.

I had intended to record the speech and turn it into a podcast, but I forgot.

Usually, I write out the words of the speech ahead of time, rehearse it several times, fine-tuning the words, and then deliver the speech from a handful of notes.

This time, I never wrote down anything except the mind map itself. I did have a printout of the map in front of me, though I didn’t refer to it often.