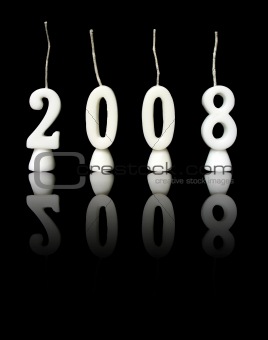 2008 closes, leaving economic wreckage in its wake. Personally and pro­fes­sion­al­ly, it’s been a good year. At the national level, it’s been both a very good year and a disastrous one. Obama’s historic victory is offset by the imploding economy.

My health remains good, I’m a little fitter than I was a year ago. I’ve notched up a few personal milestones, such as receiving my Competent Com­mu­ni­ca­tor award at Toast­mas­ters and becoming the secretary of Freely Speaking Toast­mas­ters.

My friends and family are, mostly, doing well. My sister is (still!) on the verge of having her first child. Emma’s health is never great: she will have surgery to remove abdominal adhesions in a few weeks. And Frank is in slow decline.

I like my job at Cozi. I’ve learned a lot in the last year and I’ve seen our products improve enormously since the beginning of the year. I think we’re well placed to ride out the downturn.

That downturn worries me. The economy was unsound and badly needs re­struc­tur­ing, but a lot of people are going to get hurt before it can be fixed.

I still have high hopes for Obama. I wonder how much he can achieve in that initial honeymoon. He certainly can’t fix everything that’s broken.