When I upgraded my home and work MacBooks to OS X 10.11 (El Capitan), the single biggest annoyance for me was that my external keyboards, all Microsoft Natural Keyboard 4000s, no longer swapped the Alt & Windows key. 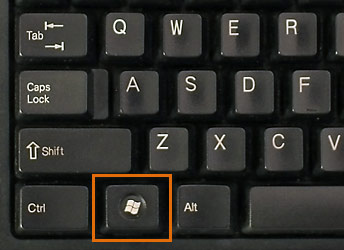 On a Mac, the Command modifier is heavily used for keyboard shortcuts, while the Alt/Option modifier is hardly used at all. On a Windows machine, the Alt modifier is heavily used, while the Windows key is not. In other words, if you’re touch typing rather than looking at the legends on the keycaps, you will find a naively mapped PC keyboard’s layout annoying if you’re used to a Mac keyboard. On both PC and Mac keyboards, you will find various modifier keys to the right of the spacebar; I never use them.

In versions of Mac OS X before 10.11, Mi­crosoft­’s In­tel­li­type software remapped the Alt & Windows keys, so that the key labeled Alt, just to the left of the spacebar, became the Command key, while the Windows key acted as the Alt/Options key. It also enabled a lot of other func­tion­al­i­ty, such as volume control and scrolling, but I never ever bothered with that. All I cared about was that I could type with equal facility on my Mac laptop’s keyboard and on my external MS keyboard. And I couldn’t when the key that acted as Command wasn’t just to the left of the spacebar.

I asked a question about it on the Microsoft Answers Forum. I was referred to the Apple Support Com­mu­ni­ties. I was told that the reason that the In­tel­li­type software no longer worked was likely due to security changes in El Capitan.

I got two useful sug­ges­tions:

The first suffices for me since I don’t care about the other features of the Natural Keyboard.