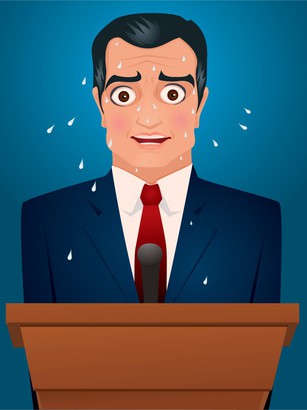 It is often said that people fear public speaking more than they fear death. I certainly used to fear getting up in front of a crowd, though not to the point of death. Tonight I spoke about Fly­ing­Cloud in front of more than 100 people for half an hour at the PuPPy Meetup. I wasn’t nervous beforehand and I wasn’t nervous talking to the crowd.

I’ve been an active Toast­mas­ter for nearly 15 years and I’ve spoken at Toast­mas­ters hundreds of times. I’m used to a room of 15–25 people but not to a larger audience. Adam and I put our slides together late last week. We ran through it together once on Friday afternoon sitting at his desk, and once more yesterday afternoon with an audience of four colleagues. We got useful feedback from both exercises. I had worked through various points I wanted to make in my head over the last few days, but I made no attempt to write out a speech or to memorize my words, as I once would have. And the talk worked out well, as I expected. I knew roughly what I wanted to say and the words flowed.