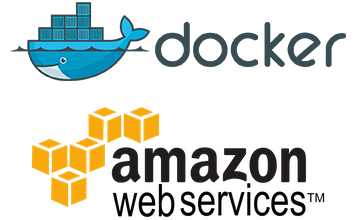 I spent a couple of frus­trat­ing hours this evening trying to figure out an easy way to deploy a Docker container on AWS. I tried out the EC2 Container Service and got lost in a sea of Clusters, Tasks, and Services. I couldn’t connect to the EC2 instance where my container supposedly lived.

I tried Elastic Beanstalk and gave up in ex­as­per­a­tion. When you create a new Docker en­vi­ron­ment, there’s no way to pull an existing image from an external repo that I could see. We have some tools for deploying a Docker image to Elastic Beanstalk, but they were so cryptic that I didn’t want to pursue that.

Eventually I went old school. I created a new EC2 instance, SSHed in, installed Docker, logged into the Docker repository, pulled the image, and started the container. Admittedly, re­de­ploy­ment will be a pain and I don’t get au­toscal­ing or other AWS goodness, but I got the container working in 10 minutes.