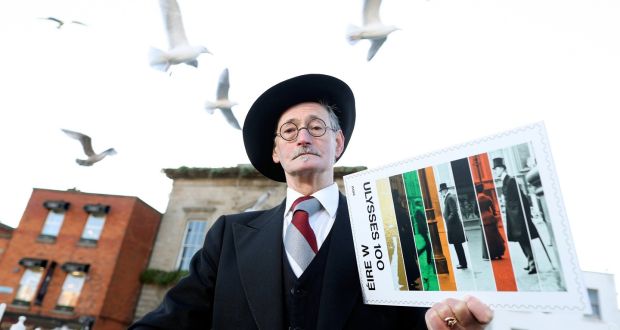 On 2nd February 1882, in the Dublin suburb of Rathgar, a son was given unto John and May Joyce. James Joyce celebrated his 40th birthday in Paris on 2nd February 1922 by receiving the first printed copy of his novel Ulysses. Parts of it had already been published in literary magazines and the book was eagerly received by the cognoscen­ti. It took more than a decade for Ulysses to be published in Britain and the United States. Censors had considered the book obscene, but the courts es­tab­lished that it had legitimate literary merit.

For decades, Ulysses was poorly received in Ireland. The book was considered blas­phe­mous and obscene by many. Worse, Joyce had freely borrowed from life, populating the pages of Ulysses with people he had known in Dublin.

By the time of the centenary of Joyce’s birth in 1982, attitudes had changed in Ireland. Ulysses was now celebrated, if not widely read. RTÉ Radio broadcast a 25-hour reading of the entire book.

I was a schoolboy of almost seventeen in Dublin in February 1982. I did not, alas, listen to the RTÉ recording at the time, but at some point that year, I started reading Ulysses for myself. And like so many would-be readers before and since, I hit Episode 3, "Proteus", which opens with "Ineluctable modality of the visible" and promptly dives into Stephen Dedalus’s im­pen­e­tra­ble thoughts. If I could give some advice to myself 40 years ago, it would be to "skip over the hard bits". I’m in good company on that rec­om­men­da­tion. Daniel Mulhall, Ireland’s Ambassador to the US and author of the recent Ulysses: A Reader’s Odyssey, gives the same advice. Episode 4, "Calypso", introduces us to Leopold Bloom and is far more enjoyable.

Un­for­tu­nate­ly, I did not have the benefit of that advice then, and I had little to do with Ulysses for the next two decades. In 2003, I took part in the Wild Geese Players of Seattle‘s staged reading of Episodes 8 and 9, "Lestry­go­ni­an­s" and "Scylla and Charybdis". In 2004, I helped adapt the next episode, "Wandering Rocks", for that year’s staged reading. When Kieran O’Malley, the group’s original founder, moved back to Ireland in 2005 or 2006, I took over as dramaturg. I’ve led the Geese for many years now, and I’ve adapted scripts for the entire book.

Why? The connection with Dublin that I share with Joyce is certainly part of it. I’ve come to love the book. (Most of it; there are certainly parts that I find tedious.) It’s a book in which very little happens, and yet it en­com­pass­es everything. We get an extremely rounded picture of Bloom and his inner life. It’s funny and sad and erudite and annoying and wise. Joyce has distilled the human condition into one summer’s day in Dublin.

And now it is the centenary of the pub­li­ca­tion of Ulysses. I posted some centenary material at the Wild Geese website.

Ulysses has become an in­eluctable part of my life.

blog comments powered by Disqus
Diffing a fragment of a file »