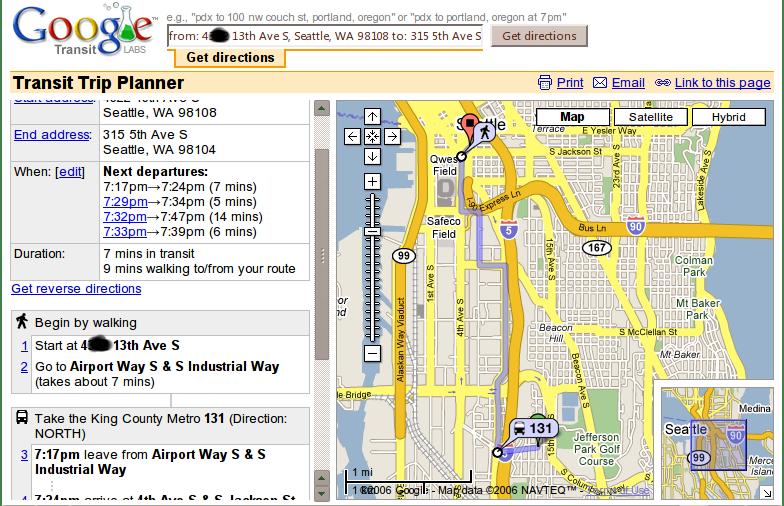 It suggested this route for traveling from my home to my work:

This fails badly in two respects.

Second, it suggests that it’s a seven-minute walk to Airport Way S & S Industrial Way. Actually, it’s a two-mile walk, because I-5 and the railroad are in the way. You have the unpleasant choices of walking north to Spokane Street and climbing down an endless set of stairs at the freeway onramp, or south to the Lucile St bridge. And even if there were a direct route, it would take at least 10 minutes to walk down there.

That said, it integrates very nicely with Google Maps.

The Google Transit page links to Metro Trip Planner, which does a better job. Their dis­am­bigua­tion of addresses sucks, however. Try entering 5th & Jackson. It suggests a short list, starting with 5TH AVE S & S JACKSON ST (in SEATTLE). However, if you actually type that address into the main page, it offers you a long list of sug­ges­tions. In other words, it can’t consume its own output.