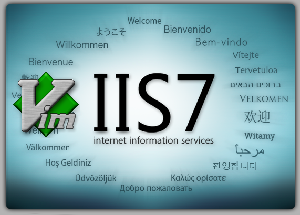 Perusing Eric S. Raymond’s blog recently, I noticed his claim that as a one-time maintainer of GIFLIB, just about every cellphone and browser has some of his software running in it.

That got me thinking about my own reach and where software that I’ve con­tributed to can be found.

‘Oh that a man’s reach should exceed his grasp, or what’s a Heaven for?’

I spent seven years on the IIS (Internet In­for­ma­tion Services) de­vel­op­ment team at Microsoft. By any measure, that’s a successful product, running one-third of all websites. There are over 100 million registered websites. Many of them are parked and many others see negligible volume, but that’s millions, perhaps tens of millions of Windows Server boxes.

Two of those years were spent working on http.sys, the kernel-mode driver that underpins IIS 6. Http.sys was back-ported to Windows XP and released as part of XP SP2 (though IIS 6 never was), and it’s an integral part of all later versions of Windows. That’s hundreds of millions of Windows boxes.

And then there’s Vim. I wrote much of the Win32-specific code–and all the Win64-specific code–but I also made con­tri­bu­tions to the core code. Vim has long been the standard im­ple­men­ta­tion of vi in most Linux dis­tri­b­u­tions. And Vim is installed on all recent versions of Mac OS X.

So, I can claim Windows and Linux and Mac–though few cellphones. Not too shabby.

(I’m also one of a small number of people thanked in ESR’s Jargon File; in my case, for TeX arcana and painstak­ing proof­read­ing.)