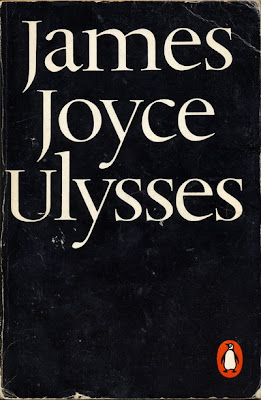 We at the Wild Geese Players of Seattle have been adapting James Joyce’s Ulysses for staged readings since 1998, and we will complete the book with the Penelope chapter (aka Molly Bloom’s soliloquy) on Bloomsday 2013.

I shall detail my dra­matur­gi­cal process over several blog posts.

The very first step is to re-read the chapter. It’s been several years since I last read it and I don’t remember it clearly. I’ve yet to look at my old friends, Gifford and Blamires, for their takes on “Penelope”.

Molly is lying in bed, day­dream­ing early on the morning of June 17th, 1904. Leopold climbed in to bed a little while ago, put his head at her feet (as always) and fell asleep. Her mind skits all over the place in a tour de force of stream of con­scious­ness, reliving the past in nine enormously long, badly punctuated sentences.

I shall have to figure out how to break this up, so that our readers have something to work with. For the sake of the audience and the readers, I shall try to tease themes out of the sentences. We usually have a dozen or so readers, more than half of them male. The boys would prefer not to sit on the sidelines and I’m certainly not having them read in Monty Python falsettos, so some reverse-Shake­speare­an casting is likely.