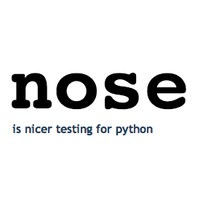 We use Nose to run unit tests. I noticed that we had some tests that weren’t being run, and it took me some time to work out why. Eventually, I found this checklist, which told me to "make sure the files in your tests directory are not ex­e­cutable".

Now that I know what to look for, I found this in the Nose docs:

It is important to note that the default behavior of nose is to not include tests from files which are executable.

--exe: Look for tests in python modules that are executable. Normal behavior is to exclude executable modules, since they may not be import-safe