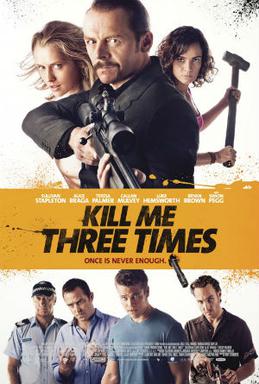 A jealous husband engages a private detective-cum-killer for hire (Simon Pegg) to follow his wife. Upon proof of her infidelity, he orders a hit, which triggers a comedy of errors and double crosses, which ultimately leaves most of the cast dead at each other’s hands.

There’s not much to like about this Australian noirish comedy. It’s bloody but not that funny. The characters are thinly drawn and unengaging. They’re a far cry from Tarantino’s gonzo mo­tor­mouths or the Coen Brother’s quirky killers.