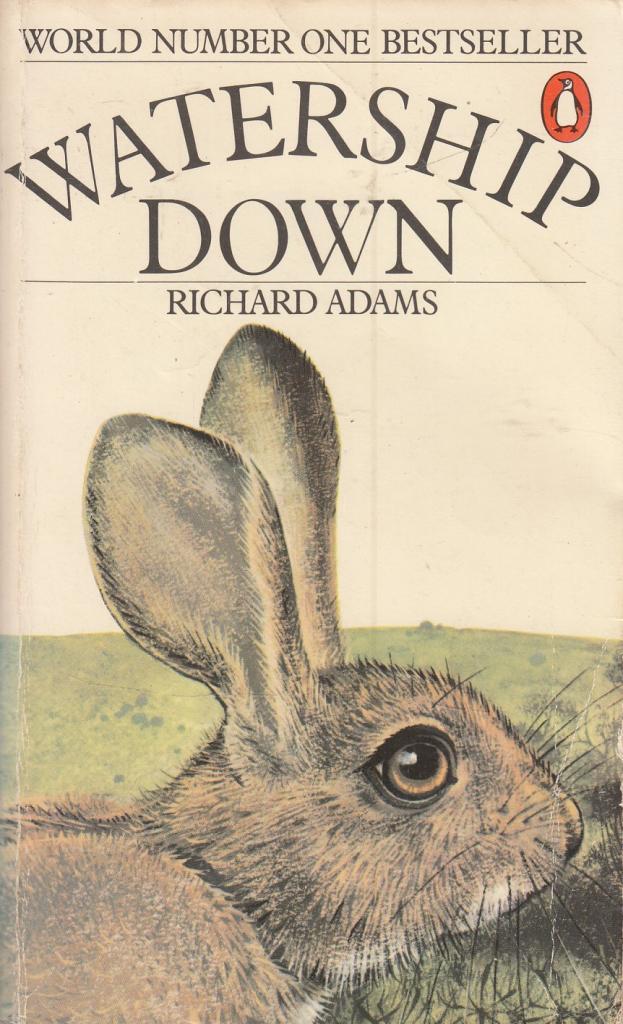 Upon hearing of Richard Adams’ recent death, I reread Watership Down for the first time in many years. I first read it not long after Penguin published it in paperback. I believe that I was given the book for my ninth birthday in 1974, or perhaps for my tenth, but I think it was my ninth. Certainly the giver was my godfather, my Uncle Gabriel, who also gave me The Lord of the Rings and the Titus Groan nov­el­s—other books which I reread many times.

I’m happy to report that Watership Down still holds up well, forty years on. Some young rabbits strike out on their own, leaving their old warren just before it’s destroyed, thanks to a pre­mo­ni­tion from Fiver, the runt brother of Hazel. After settling in at their new home at the peak of the down, the all-bachelor group realizes that it will all be for naught if there are no does to raise new litters. Having made friends with a gull named Kehaar, Hazel enlists his help to locate other warrens. Kehaar finds Efrafa, a large concealed warren run by the au­thor­i­tar­i­an General Woundwort. Bigwig in­fil­trates Efrafa, liberates a collection of does, and they escape from under the nose of General Woundwort. However, they are tracked back to Watership Down, where Woundwort besieges them.

It’s an epic tale of adventure and travel, of self-discovery, subterfuge, and lapine trickery, and of forging a band of exiles into a community. One factor that eluded my nine-year-old self was what would then have been called male chauvinism: the does barely register as characters, being primarily of interest as passive breeding machines. The primary characters are well-drawn: Hazel, who has leadership thrust upon him; the sensitive Fiver; big brash Bigwig, braver than most; Blackberry, the in­sight­ful; the stolid Holly; and even the in­domitable Woundwort.

A classic suitable for adults as well as children.